Recently, the International Astrology Conference was organized at the University of Technology under the joint aegis of Pal Balaji Astrology Institute Jaipur and Jodhpur, and the University of Technology. Governor Kalraj Mishra was the Chief Guest for the event and he also shared his ideas and opinion about astrology and how it is the root of our Vedic traditions. The science of astrology has been a part of the Indian Vedic tradition since time immemorial and has been used to calculate the motion of the Sun, Moon, and the movement of the planets at a time when the world was still in the early stages of Science. Many such secrets of astrology are hidden in the Indian Vedas and Upanishads, which teach the world the lesson of knowledge based only on facts.

At the conference, the new syllabus and brochure for the Department of Astrology were also unveiled. This event was also an opportunity to honour the people associated with the field of education, medicine, media, and social service along with more than 270 astrologers from India as well as abroad. Justice Gopal Krishna Vyas, Chairman of the State Human Rights Commission; Prem Surana, Chairman of the University of Technology; Chancellor Dr. Anshu Surana; and Director of the Institute, Dr. Anish Vyas were also present at the event. University of Technology thanked all the distinguished guests and dignitaries who made the event successful.

Scholarship To Get more info about Scholarship provider by University

Announcements
Extension of Last date of Submission of Exam Form is till 14th June 2022 (without late fee)
June 13, 2022

Placement Drive in University of Technology!
May 28, 2022 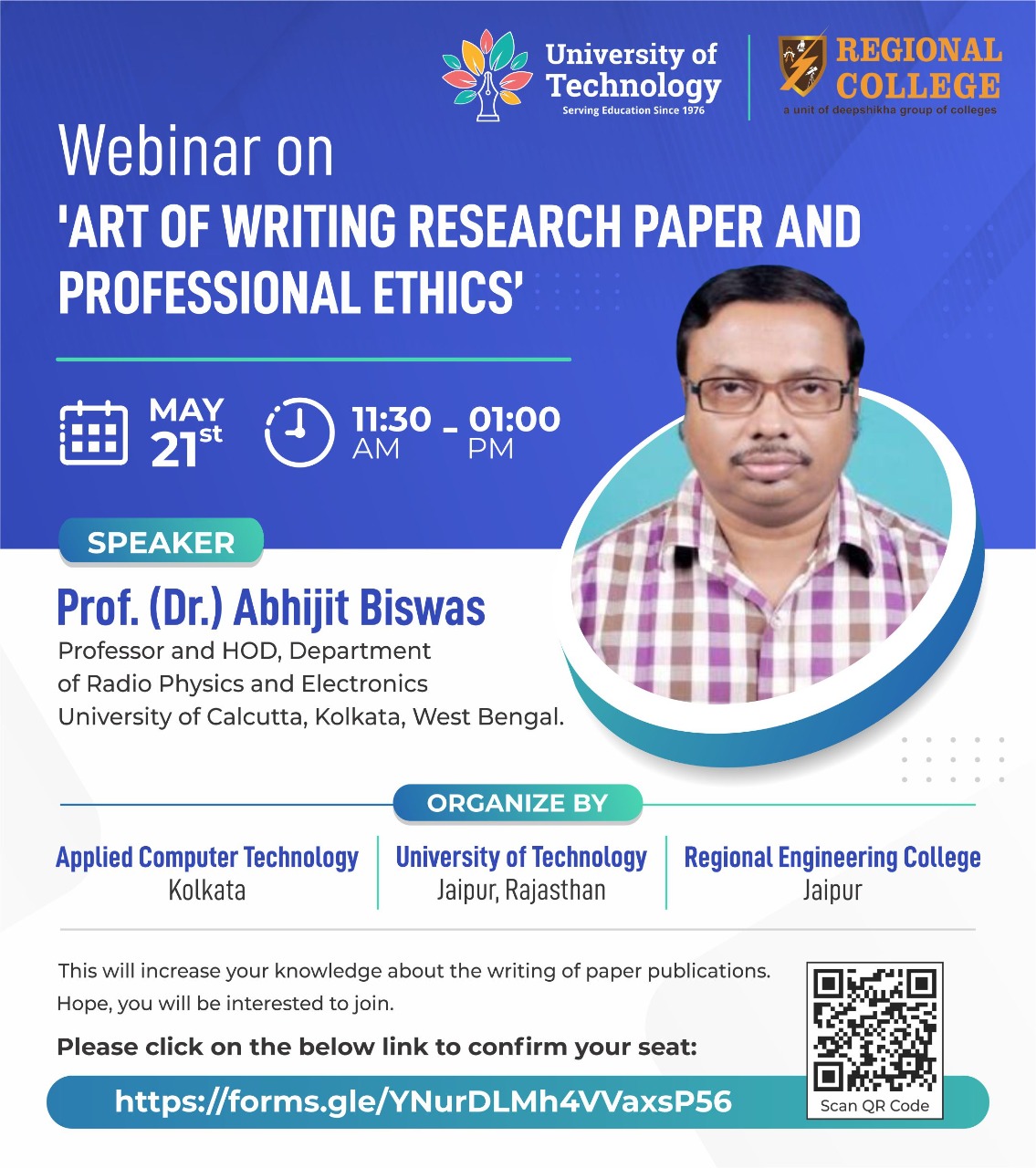 Join Webinar on “Art of writing Research Papers & Professional Ethics” and get the best advice by Prof. Dr.Abhijit Vyas.
May 20, 2022
View All
International Admissions Find the Procedure for International